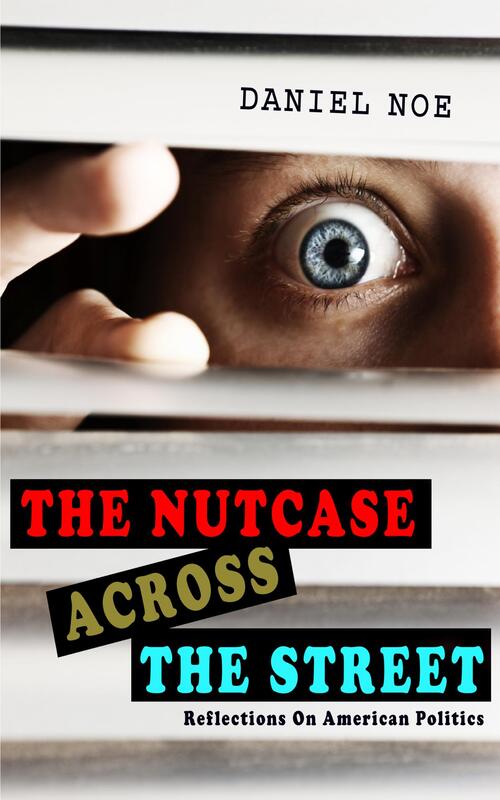 What drives political polarization in the United States? How big of a problem is it? What can we do to fix it? Answers to these questions and other interesting observations on American politics are found in this book written from the everyman’s perspective.

When it comes to politics, many people in the United States seem to us to be nutcases who are hopelessly lost to a ridiculous ideology and long-discredited propaganda. They can remember talking points but are incapable of critical thought. Of course, they think the same of us. Many of us have given up on them, even though many of them are our friends, family, coworkers, and neighbors. They live all around us. Few of us are willing to talk to the nutcase across the street and few of those nutcases are willing to talk to us. Not all hope is lost, however. It could be that these nutcases are merely speaking a different language. The book lays out many cases of words and phrases with different meanings and uses actual examples of confusion resulting from their use. In other cases, it could be that there are more to the issues than either side realizes. We should talk to each other to learn of things we might not have considered. The worst thing we can do is to give up.

This was the first book I ever wrote. I had always wanted to write science fiction since fifth grade, but I was better at starting projects than finishing them. Over the years, I became interested in many other things, including politics. Much of what I could say about politics is already being said by others, but one voice largely missing from the debates is the one trying to bring us together. There is too much needless division. Those with political opinions often speak as if those with different opinions are insane – and to be honest, sometimes I wonder myself based on some of the nonsense I hear from people.

While it would be nice for us to simply ignore them, these “nutcases” are not harmless. They endorse and vote for still other nutcases that enact policies that harm people and the country as a whole. When one is a danger to oneself and others, most would agree that it then becomes morally acceptable to lock one up – but when it comes to politics, we’re talking about more than half the country, including those doing the guarding, those doing the rounding up, and those deciding who to round up. It is much more likely for the nutcases to round up all the sane people than the other way around. Clearly, this is no solution.

Since we have to live with them, we might as well keep trying to educate them. Many people I notice are too quick to give up on people. The moment they hear something that doesn’t perfectly fit with what they have come to believe, they reject the other as hopelessly deluded and incapable of learning. Yet, I know from experience that people can and do change. Given the harm they cause, shouldn’t we try to reach out and help them rather than push them away?

Sometimes some of the disagreement is illusory anyways. Some of these nutcases might actually have a good point to make. I have seen how people who actually agree will argue viciously because they make false assumptions of intent and meaning in what the other has said. Even now, there are those reading this paragraph that will think I’m saying something I’m not. I once met a man who called himself a socialist and an anarchist, which to many is a contradiction. After letting him explain his philosophy, I decided a better term for him would be “libertarian.”

I also see how perfectly good compromises are thrown away and those with moderate positions are labeled extremists by all sides. Those of deviant behaviors seem to know how to respond to blind hatred and religious bigotry, but they totally lose it when someone offers an invitation to change in love.
​
I also see how debates in Washington make us see every minor squabble over some local issue in terms of a battle between larger forces. I remember how when a perfectly legitimate point about a student issue was made at a school board meeting, the one who made it was essentially accused of being part of a left-wing conspiracy. These are my observations.